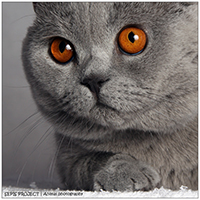 The FIFe can be considered as the United Nations of Cat Federations. In fact it is a federation of national members representing, at present, 40 countries with 42 full members and 2 countries with a probational member, but whose numbers continue to grow. These member organisations have chosen to follow the same rules with regard to the breed standards, cattery names, shows, judges and student judges. This common interest has, over the years, been consolidated to create the high standard and international reputation of the FIFe.

The FIFe Board is the co-ordinating body on the international level. The board is made up of six people from the member countries who are elected by the members; they manage the organisation according to its statutes. There are five supporting Commissions whose responsibility is to implement the decisions of the General Assembly and the Board. These are: the Judges & Standard Commission; Breeding & Registration Commission; the Show Commission; the Health & Welfare Commission; and the Disciplinary Commission. The democratic structure of the organisation guarantees each member equal voting rights at the General Assembly, which convenes annually to discuss and vote upon the proposals of the members, to elect new officers, debate new regulations and accept common strategies.

FIFe has always had good relations with all the major cat organisations of the world. Its official seat is in Luxembourg and its official languages are French, German and English. The Secretariat is administered by the FIFe General Secretary, who handles the daily affairs for all the members; these include the co-ordination of show dates, the processing of cattery names data and the administrative work of judges' examinations.

The name of FIFe is synonymous with quality and unity.